COAG must set a path to justice for people with disability by: Student Journalist 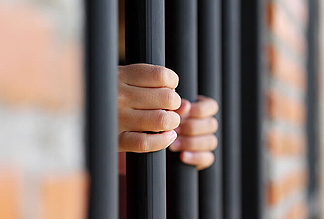 The Senate Community Affairs Committee took up the topic after significant concerns about indefinite detention were raised in the 2015 Abuse Inquiry hearings.

No one doubts that these are complex and difficult questions for our governments to address. Yet we cannot shirk away from the reality that in many cases the current approach is not only unjust but is simply not working.

The Senate Report sets out a comprehensive roadmap for change, with solutions that have already been tried, tested and shown to work in an Australian context. What remains now is for a national framework to be applied so that people with intellectual disability and mental illness have access to fair and just treatment in the justice system, regardless of where they live. And this is where COAG has a vital role to play.

It is of great concern that such a large number of Australians with a disability are being detained indefinitely without a conviction, and with no pathway to release. It is time for governments to take action and address a situation where people can virtually be imprisoned for life, having never faced a trial.

Most Australians would be horrified to understand that the only form of indefinite detention that is legal in Australia is reserved for people with intellectual disability or mental illness.

This happens because our forensic mental health framework uses mental health legislation to deal with people who have cognitive impairment.

The legislation is meant to provide a pathway to release for people whose condition improves through detention and treatment.

And yet we understand very well that cognitive impairment is generally a permanent condition that will not respond to treatment. That means a treatment order is the equivalent of indefinite detention without a conviction. Who else in Australia would be subjected to this kind of outcome in the justice system?

We also know that many people who face the court for other reasons are given community sentences. This option should also be available for people with intellectual disability and mental illness and could include mandated therapy rather than community service.

These are invidious choices, created by the lack of supportive, secure facilities that would often be a far more suitable option.

The Senate Committee’s Report is both shocking and informative. There are many aspects of this issue which are not immediately apparent to the general public, but they are worth deeper consideration in the public discourse of a just and fair society.

Therapeutic interventions are often more appropriate than prison and will deliver outcomes in keeping with community expectations.

Wherever appropriate, therapeutic interventions should be made available to people on forensic orders in the justice system. We believe that people with intellectual disability or mental illness should be supported in a suitable, therapeutically focussed environment rather than incarcerated in punitive maximum security environments. Prisons can exacerbate mental illness or create emotional disruption. This is compounded by the fact that individuals are imprisoned with limited understanding of why, few clear avenues to release, and are often guarded by officers with no understanding of how to manage the individual’s unique needs.

Screening, and best practice models of support and diversion should be offered in all jurisdictions.

Victoria has developed what we consider to be the best practice model for support and diversionary service for people with cognitive impairment. Other jurisdictions should adopt this model, along with appropriate screening and diagnostic tools when people first enter the criminal justice system, to help identify people with mental illness, cognitive impairment, hearing loss and foetal alcohol syndrome disorder. Armed with this understanding, various elements of the justice system can adjust accordingly.

Effective early intervention is the most effective long-term solution for indefinite detention.

The provision of effective early intervention would have a major impact in addressing and arresting the development of forensic issues at a young age. In many instances early intervention would prevent people from entering the criminal justice system at all. It would also benefit the community at large by reducing public spending in the criminal justice system and on sustaining indefinite detentions.

Following the work of the committee and the release of their report this week, it’s vital that these issues are not allowed to fade into the background.

While people are still being detained without trial and without any hope of release, we must be honest and acknowledge that we have not yet created a just and fair society for all.

It’s time the Council Of Australian Governments began building a pathway to justice that is accessible to all.