The State of Disability Access on Gold Coast Beaches by: Student Journalist 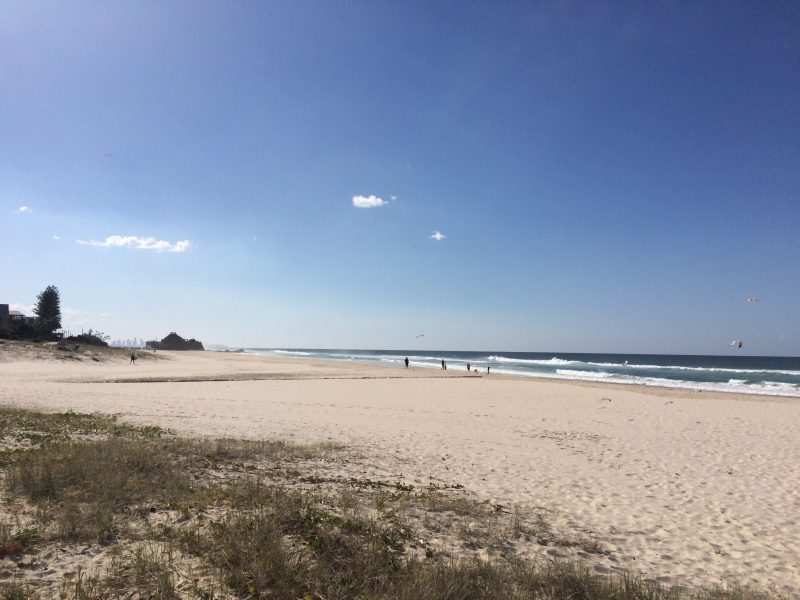 Every summer thousands of people on the Gold Coast make their way down to the beach to cool off and escape the heat. However, not all people are lucky enough to jump into the water for a quick dip. Many people living with a disability can only dream about swimming in the majestic beaches of the Gold Coast. Although, there are groups of people working tirelessly to make their dreams a reality.

President for the Disabled Surfers Association of Australia, Gary Blaschke, understands first hand what it is like to be temporarilly robbed of enjoying the ocean. Mr Blaschke was a passionate surfer, but a horrific motorcycle accident left him without a kneecap. This meant he had to endure extensive rehabilitation.

Luckily for Mr Blanchke when his rehab was complete he was able to return to the ocean. Throughout his rehabilitation he met many people who had gone through a similar path. However, many of them believed they would never be able to surf or enter the ocean again. This motivated him to find a way for all people with disabilities to be reunited with the water.

The Disabled Surfers Association of Australia has since come a long way. The DSAA now has branches nationwide, which pride themselves on making peoples’ dreams become a reality. In 2004 the Gold Coast branch was founded by the Gold Coast president Ian Gay.

At the time Mr Gay was a local surfer who was looking for more ways to give back to the community. He was immediately drawn to the idea of the DSAA when he read about the organisation in the local paper. “It tied in with something I love doing, and just looked like a lot of fun,” he said. Every summer the DSAA Gold Coast branch hosts a few ‘lets go surfing’ days at the Len Wort Park/Flat Rock Beach at Currumbin. The DSAA encourages people with all disabilities to come down and join them in catching some waves. Or just to have a relaxing swim in the ocean. In the thirteen years they have been around the DSAA has always been able to include people with different disabilities. They have surfed with young kids living with down syndrome, paraplegics, quadriplegics and elderly people with low mobility.

Mr Gay has been running the Gold Coast branch for over a decade now and still loves what he does.  He said the most rewarding aspect is being part of “the smiles and the laughs and seeing that reaction from them when they’re catching waves”. But it is not just the people catching the waves who find bliss. The families watching on from the beach are often overcome with emotion, from seeing their loved ones doing something they never thought possible. “I’ve seen volunteers come away from the event in tears of joy,” Mr Gay said. Mayor Tate acknowledged that Gold Coasters wanted better beach access for the disabled members of the community. “The community asked for better access to our beaches and we listened,” he said. The trial also includes beach accessible wheelchairs, which were free to hire by the public. Mayor Tate said the beach wheelchairs along with the beach matting allowed for people in wheelchairs to “get into the water and enjoy what so many others take for granted.’’

People who need wheelchairs are not the only ones benefitting from the beach matting trail. The mats have also proved to be a huge help to people with mobility issues. Additionally, Mums and Dads found the mats to be a great assistance while getting their prams onto the beach. Also with the Commonwealth Games fast approaching, so too is the biggest para-sport program ever to be held at the Games. Because of this, Mayor Tate said “there has never been a more important time to ensure our city is accessible for all,” and that, “everyone deserves a beach experience.”

Clubhouse President for the Nobby’s Surf Club, Liam Sessarago was also on board with creating better beach accessibility on Gold Coast beaches. He said the involvement of the Gold Coast Council on the issue showed fantastic leadership and initiative. He especially liked the use of beach accessible wheelchairs. He said it was because for “some people in their normal wheelchairs they wouldn’t really get to experience the beach, or get to experience the joy.” Mr Sessarago has hopes the Nobby’s Surf Club will eventually be able to implement beach accessibility facilities. In doing so more people will be able to become part of the Nobby’s family. But the main reason he wants to have better access for people with disabilities is simply because “it helps them have fun at the beach.”

It is no lie that the Gold Coast is home to some of the most pristine beaches in the entire world. This is why people of all abilities should have the right to enjoy and experience these wonderful beaches. Adding more beach accessibility facilities will lead the Gold Coast into to a brighter, better and more inclusive future.