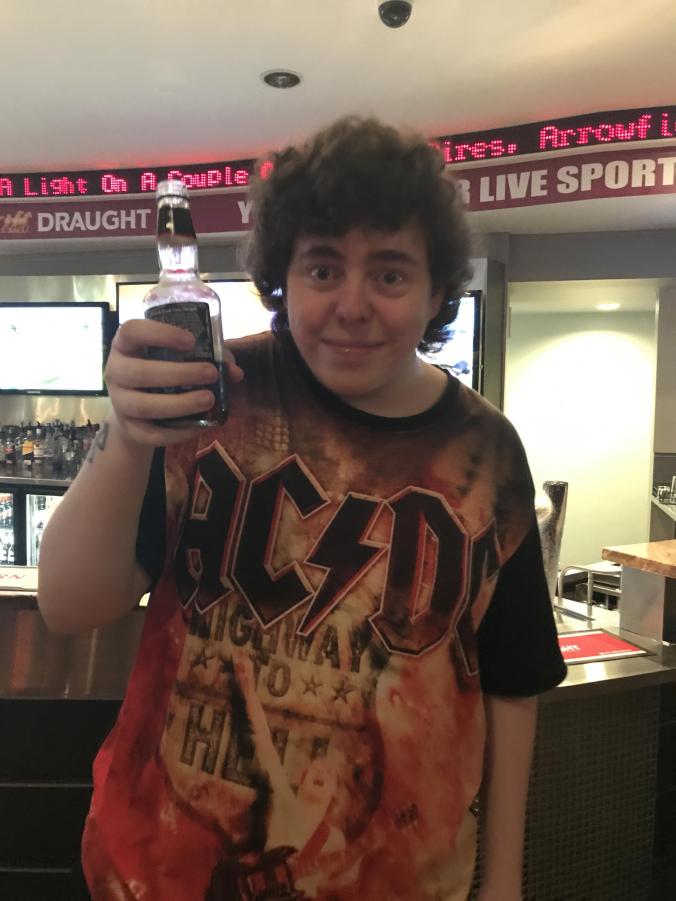 Enjoying a Jack Daniels at The Sharks karaoke. Photo by Michael Harris

Mention the word autism in conversation with many Australians and you will find that many people still don’t know exactly what the condition is and how exactly it affects those and their loved ones.

Put simply, autism is a developmental condition that affects how a person relates to their environment and how they interact with other people. Around one in 100 people are diagnosed with autism, which comes to 230,000 Australians. It’s estimated to affect four times as many boys as girls.

Bon Carroll, 20, is just one of the many Australians who has autism. Bon is what can be described as high functioning, meaning he has strong cognitive abilities and is generally able to live his life as an adult with little assistance.

The term spectrum is most commonly used to describe the condition, to encompass the range of difficulties that people on it may experience and the degree to which they are affected by it. Some people perform well in studies and society with little support, while others face great difficulties and learning challenges, and therefore require continued assistance throughout their lives.

The main area of difficulty for people with autism is social interaction and restricted or repetitive behaviours and interests. Some have unusual sensory difficulties and avoid everyday sounds and objects such as hair dryers and vacuum cleaners.

Like many people with autism, Bon attended regular schools with little extra assistance until he was in year 10,  when he required additional support from special education classes.

This is quite common in the educational sector, with the student curriculum tailored to meet the needs of the individual and focus on keeping special needs students in the system rather than separated from their peers in special schools.

The only area he struggled with was maths. “I never seemed to get my head around it,” Bon said.

However despite this, Bon admits he can struggle with some day to day tasks and feel isolated.

“It’s can be hard sometimes not having many friends that understand what it feels like,” he said.

Some people with autism may also show a high level of knowledge in a particular field. Bon’s special interest and passion is music.

He is an avid heavy metal fan, especially the extreme sub genres known as Black and Death metal. Bon’s knowledge of this particular genre of music would rival musical historians.

“I especially love the Blast beats and high tempo. It is a great way of releasing frustration,” Bon says.

Bon also has a passion for Karaoke. It is here through his regular attendance where he feels most at home and accepted amongst the other patrons. 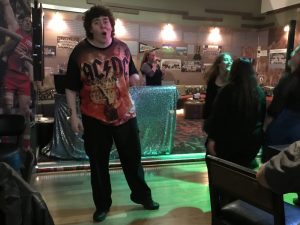 Bon loves dancing up a storm 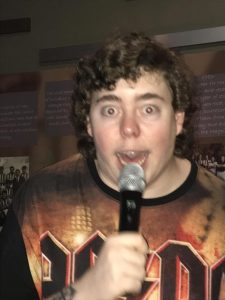 Bon comes out of his shell at karaoke

Bon is well known and loved by all who know him which is not hard to understand when you observe the way he comes out of his shell when he performs onstage, with an entertaining display of enthusiasm and love of performing.

“I like the social atmosphere and the friendships I have made here,” he said. “It’s a great way to develop your confidence”.

Although many who know him love and respect him, Bon Feels all people with autism need is a little patience and understanding.

It’s a sentiment echoed by Rob Ellis of the disability support networks group Hot Topics, are a group dedicated to supporting the people with an intellectual disability by providing a forum for discussion and support amongst their peers.

“People with intellectual disabilities are not stupid, they just sometimes need to show certain things a couple of times before they remember them for example,” Rob said.

Rob says one of the areas where people with autism can feel discriminated against is in the employment sector, as all too often in his experience employment agencies just want to place someone with an employer and get government funding.

“They don’t seem to want to work with employers and their clients and properly find the right staff to meet their needs,” Rob said.

He says this can also result in a lack of opportunities, with employers less likely to give someone with a disability a chance which further increases difficulties. Which can in the long run be counterproductive as many disabled people have a greater desire to work and contribute.

“Disabled people take less sick days and actually want to work, unlike a lot of other people in the community, they are also very loyal to their employer and are less likely to quit and move to another place of employment,” Rob says.

This experience is echoed by Bon who has only had the one chance at a job and relished it.

“I worked at a local bowls club and I loved it,” Bon said.

With the imminent role out of the National Disability Insurance Scheme or NDIS, many people with disabilities will finally receive the support they need in order to find permanent employment. An approach considered long overdue by many in the community.

“Sometimes I struggle to find the motivation to get out there and try harder to find a job because the odds are so stacked against you,” Bon said.

“I guess all I really need is a little push and a help along in the right direction.”

I think that is something all of us can relate too. Hopefully with a little understanding, the right actions and not just intentions, we can all take our part to make it just a little bit easier for people with a disability. 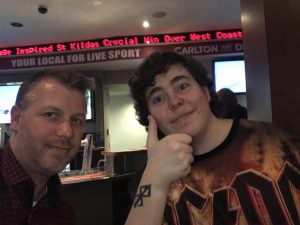 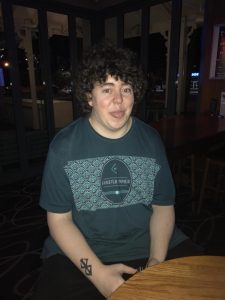 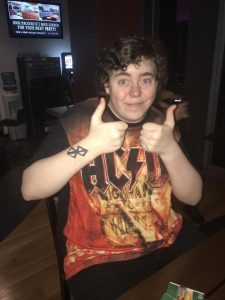