AFL kicking goals in the community by: Student Journalist 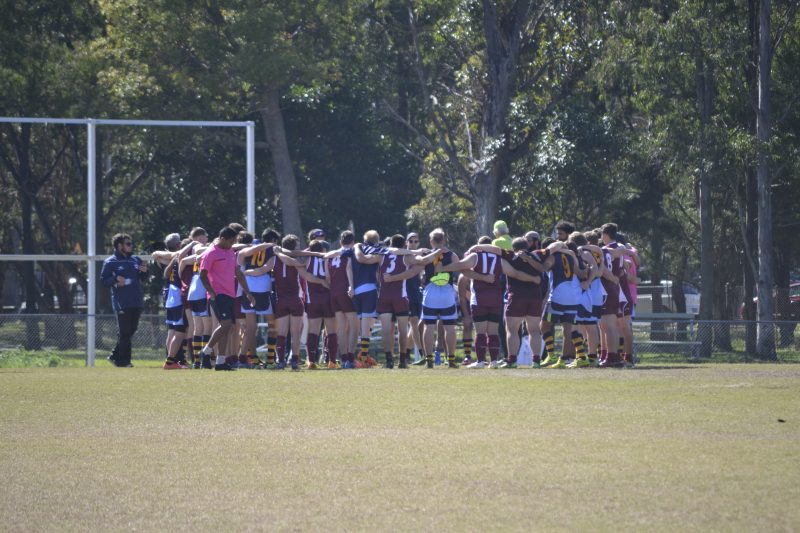 Running out with his mates to play the game he loves is what it’s all about for Luke ‘Speedy’ O’Neill.

Thanks to the AFL’s all abilities program that happens week in week out. Mr O’Neill plays with an intellectual disability and puts in more effort than the average footballer.

Luke has played footy for the past four years and in those years he made sure to make his mark. His career kicked off with the QLD inclusion team back in 2014 before moving to the Carrara Saints and now the Robina Roos. Luke’s trophy cabinet is rapidly running out of space, however he said he just loves playing footy with his mates.

In 2015, Luke won the best and fairest Brian Doug Medal for his performance in the inclusion team at the Gabba. He has also just competed in the 2017 National Inclusion Carnival where he was named as Queensland’s rising star for the second year in a row.

“I have been to Melbourne for the past three carnivals and thankfully it’s on the Gold Coast this year,” Mr O’Neill said.

“Our new captain Johhny Lawrence will have a big impact this year.”

Inclusion is everything and the AFL is providing that space for these athletes. For Luke, being a part of a team is one of the most amazing things in the world.

“The team is your friends and most of all the team is family,” he said.

“For two hours every training and game day I get to spend it with 22 of my new footy family.”

“Once I see them all my dramas go away and I’m free to have fun and enjoy myself.”

“The bond to be a part of a team is strong, we always look after each other and are always there for one another.”

AFL is deeply rooted in Australian culture and a major key to its success is its ability to include and prosper at a community level. AFL is leading the way with its all abilities program allowing everyone the chance to participate in the game they love.

Australian Rules Football is one of the toughest sports on the planet, home to some of the fittest, strongest and most diverse athletes. Elite players must have complete dexterity from both their hands and feet, a high level of endurance, strength, speed and agility.

For those footballers taking part in the AFL National Inclusive Carnival, the skills are not quite on par with the elite players, however the passion is right up there.

This year the week-long AFL National Inclusion Carnival for footballers with an intellectual disability had teams from all states and territories in the competition.

The AFL strongly believes in equal opportunities for people with a disability and therefore has developed a number of programs to get everyone involved. The disability inclusion program begins at an early age with the NAB Auskick and AllPlay programs, which create opportunities for all children to play sport, including the one in five children who experience developmental challenges or disability. They have also designed a wheelchair league with close parallels to the modern game and are currently developing a blind league.

“Our dream is to live in an era when barriers for children with developmental challenges and disabilities are a distant memory,” Ms Rinehart said.

“The AllPlay Sports Program is our flagship program and will be the catalyst for changing the way all children can enter sports in Australia, regardless of disability.”

AFL Inclusion Manager, Logan Whitaker said for a lot of players, they don’t have much structure in their lives without football, and being around a football club provides them that.

“Football really gives them a chance to be someone to go along be a part of a club and to be with mates,” Mr Whitaker said.

“Social inclusion is such an important aspect of the program, having somewhere where they get a sense of of belonging, somewhere they can be leaders in the community, they don’t often get that in other aspects of their lives.”

“It’s quite amazing the difference that football can make in their lives.”

AFL is succeeding in creating a path for other sports to follow with regards to their inclusion programs. The all inclusion carnival took place across the Gold Coast and saw athletes competing in a number of matches as well as education sessions, special school visits and meet and greets with professional AFL players.