Inclusive Education for Children with a Disability by: Student Journalist 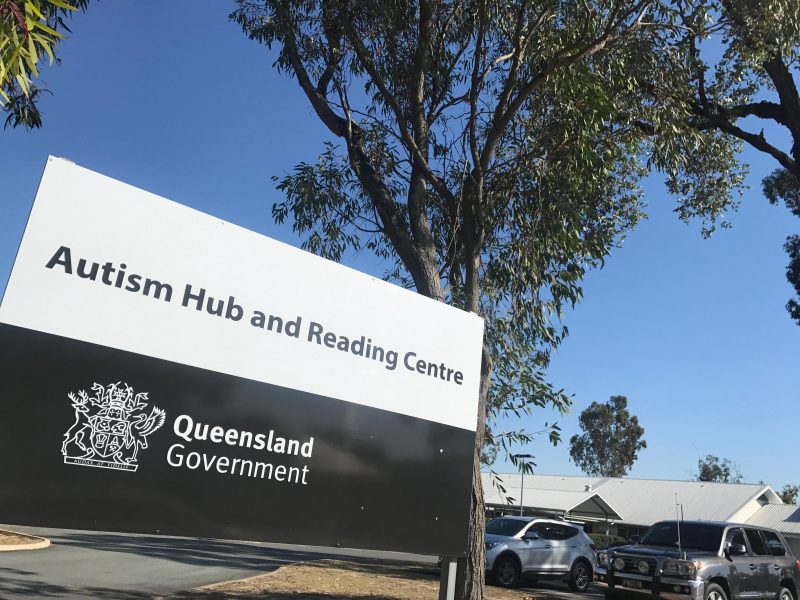 Adrian Pooley is a man on the autistic spectrum.

But that hasn’t stopped him from graduating university with a Master of Arts degree.

If it wasn’t for inclusive education, he says he wouldn’t have had the confidence to achieve this.

So it wasn’t a surprise that Mr Pooley was disgusted in Pauline Hanson’s insensitive remarks towards children with autism. “There is no evidence to prove children with autism have caused any damage to mainstream schools so there is no reason to exclude them.”

“Her attitude towards them is appalling.”

“The education system is already faulty with or without the kids in there.”

Back in June, the One Nation Senator called for children with autism and other disabilities to be removed from mainstream schools and put into special classrooms.

Ms Hanson argued that children with disabilities are negatively impacting other children in the classroom as they take up too much of the teacher’s time.

Months later these statements have continued to cause a stir amongst the Australian community.

Queensland Anti-Discrimination Commissioner of Queensland, Kevin Cocks, said it was wrong for Ms Hanson to blame the kids with autism for taking away opportunities from other kids.

“She was basically reinforcing the world view that kids with a disability should be excluded from the world,” said Mr Cocks.

Lecturer at the Autism Centre of Excellence Dr Kate Simpson said it’s unwise for the Senator to say all children on the autism spectrum are better off in special classrooms. “Each person on the spectrum is different; some children (with autism) may be better in smaller groups than larger classes, however, what is more important is looking at how we can better support children in mainstream schools,” Dr Simpson said.

Board member of ‘All Means All – The Australian Alliance for Inclusive Education’ and private consultant in disability and education, Dr Bob Jackson, discussed this issue at the ‘Attending the local school: inclusion that’s good for everyone’ workshop. “After over fifty years of comparative research between segregated and inclusive education not one research article could be found that favoured segregation,” Dr Jackson said.

“It’s very easy for parents to be guided to the segregated path, particularly when embellished with promises of good staff ratios, lots of therapy and specialised staff.

“For many parents the segregated path is very tempting as many experience hostilities from mainstream schools.

“But really what special schools do is get the least desirable characteristic of person and put them together with others with the same characteristic advertising it to the world that they are different.”

She hopes for a more inclusive world for her son who has down syndrome.

She said there are many different views on segregated and general education which often have to do with what information has been provided to families.

“Often parents who look at the research evidence and the human rights approach to inclusive education see that regular schools with appropriate supports are the better option,” Ms Malaquias said.

“Because in reality there is around 40 to 50 years of research that overwhelmingly shows that students with disabilities do better in regular schools.”

Michelle Rowe, has felt her decision to put her son Owen, who has down syndrome, into mainstream schooling was the best decision for him after spending various years unsure whether to put him into segregated school or mainstream school.

“We picked his prep school because basically his sister and brother go there,” Ms Rowe said.

“His teacher is really wonderful and I think the school has really put in a lot of thought in what teacher he would have for the class.”

“His teacher has experience dealing with a child with down syndrome – so yeah I think they put in a lot of work into that and it’s really working out beautifully.”

With over 40 years’ experience working with people with disabilities, Dr Bob Jackson has found more benefits of inclusion that extend beyond academics.

In his research he found other children in the classroom have more positive attitudes towards children with disabilities through inclusive education.

“If we include children with disabilities, think of the lessons that we are teaching the other children,” said Dr Jackson.

“We are teaching compassion, tolerance, acceptance… these are values that we continually worry about losing in our society.”

Ms Rowe said her son’s joy for life really rubs off on the other kids in his class.

“There was one afternoon where Owen saw a rainbow in the sky,” said Ms Rowe.

“He was so excited he ran across the playground with his arms up in the air and all the other kids were kind of looking at him and probably thinking ‘oh he’s just having so much fun,’ so they all joined in.” With research showing inclusive education is more beneficial for children with disabilities academically and socially, Dr Jackson still sees there is need for improvement in mainstream schools.

He said he wants the education system to remove itself from traditional structures and prioritise in multi-level teaching so every child gets to be included in the same curriculum.

“We got to move away from basically the 20th and 19th century ideals to produce a set lesson to a set curriculum and if kids get it they get it if they don’t well okay we send them off to the unemployment queue,” he said.

Dr Simpson said teachers need to make sure the children with disabilities understand the content and allow them time to respond to their instructions.

“Children on the autistic spectrum for example may not notice some of the cues that the transition is about to happen,” said Dr Simpson.

“So it’s important to have clear transition process, clear instructions and to check the student’s understanding of the process.”

But Dr Jackson recommends that it should not be left to teacher aides to teach and help children with disabilities.

“Research shows teacher aides actually make it worse because if the child is attached to the aide it negatively affects them socially – it’s worse than having no aide in the classroom,” said Dr Jackson.

“It would be less likely for a child in the class to come up and form a friendship when there is an adult in the way.”

He believes teacher aides can be useful for classrooms only if they’re working with the teacher to manage the whole class instead of just helping one individual. Parents were advised at the workshop to look for a “principal with principles” when seeking schools for their child.

“You need to find a principal and a school where they will adapt the environment for the child instead of saying the child’s disability is the problem,” Dr Jackson said.

“The killer term many schools use is ‘special needs,’ we need to push away from this as all needs are human needs.

“Finding inclusiveness in the education system is not an educational issue; it’s a moral issue.”

Adrian Pooley is very glad he wasn’t put into segregated schools because of his ‘special needs.’

“Although mainstream schools need more work, I would have hated to be segregated in special classrooms or at a special school,” said Mr Pooley.

“Teachers need more training, for sure, but segregation doesn’t work.”