Inspiring and empowering deaf children through education by: Student Journalist 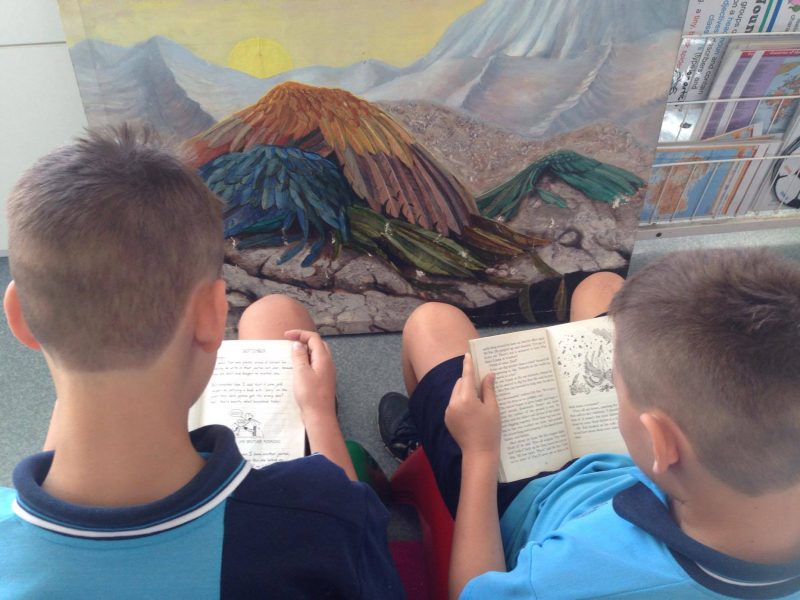 Seeing the difference she makes with young children who cannot hear is one of the greatest rewards for primary school teacher aide in Auslan, Leeann White.

She teaches the Auslan Language Model (TA:ALM) to deaf and hard of hearing children, and is herself also profoundly deaf.

“My usual day this year has been one-on-one with a student, she arrived at school newly diagnosed as deaf and had no language of any kind, so my job has been to teach her Auslan, and teach her pre-school knowledge,” Leann says. “She now writes her names, knows her colours, some shapes, numbers 1 through 10, names of animals, names of every child in her class, and her family.”

The Auslan project supports Deaf students in Queensland state schools who use Australian Sign Language (Auslan) to communicate. The Education Queensland website states it is available to any state school that has an Auslan student enrolled. The majority of these students are educated in mainstream classroom settings with the support of a teacher aide, educational interpreter and a teacher aide: which is the Auslan language model. Leeann has worked with Education Queensland for nine years. She currently works at a local primary school on the Southern end of the Gold Coast, where every school day is different and she must interact with a plethora of different staff on a day to day basis.

“The classroom teacher gives me a weekly plan for the class with the topics they’re focusing on for the week,” she says. “(The student Leeann is working with) is far behind her peers in knowledge so we modify the work to her level, and to extend her knowledge.”

The Auslan program requires a lot of organisation on behalf of Leeann and her colleagues.

“The Teacher of the Deaf helps me modify (the student’s) program, and directly teaches maths,” she says. “Sometimes if other staff are away and my student is away, I help with other deaf students. Other staff also often ask for the signs for words, and practice signing in conversations with me.”

The Auslan program is also integrated into everyday school learning, so that other students understand the benefits of learning sign language to communicate with their fellow peers.

“I make a lot of Auslan resources such as pictures of signs for groups of students,” she says. “I help the other ALMs with filming for ‘sign of the week’ in assembly. We also coached our students for the current season of Sally and Possum now screening on ABC.”

Leeann takes pride in the positive results from the Auslan program.

“I think the current model is working well for most students,” she says. “The students get to mix with other deaf students for a sense of identity and community, and mix with different people who also use Auslan, so they’re not just exposed to Auslan from one person only.”

Leeann also has a companion who joins her every school day, an Australian Lions Hearing Dog, called Ruby.

Ruby is a six year-old King Charles Spaniel Cavalier cross. Leeann received her from Lions Hearing Dogs in March 2014 when she was just over 2 years of age. Australian Lions Hearing Dogs are professionally trained to provide independence, security and confidence to deaf members of the community.

Since 1982, the initiative has provided trained Hearing Dogs to those in need, free of charge as a gift from the Lions Clubs of Australia.

An Australian Lions Hearing Dog can be any shape, size or breed and most of the dogs are sourced from pounds, shelters and various rescue organisations.

“If [Ruby] jumps, I know there’s been a loud noise, and just by watching her ears I can tell in what direction sounds are coming from,” Leeann says.

Although Leeann has two cochlear implants, she doesn’t hear every sound in the home or classroom, and not from another room.

“At school, Ruby alerts me to the school bell, my mobile phone and just in general by watching her body language, I can identify what’s going on around me,” she says. “When she waves her tail, I know people are approaching. If she jumps, I know there’s been a loud noise, and just by watching her ears I can tell in what direction sounds are coming from. Most of the time she sleeps under the table in a safe place.”

Out of school, Ruby also provides security for Leeann by being a watch dog of sorts.

“At home, Ruby does more of the same, (alerting me of the) door bell, phone ringing, timer, smoke alarm, etc. She gets a fair bit of “down time” and the only time she’ll accept being outside is if she has a fresh bone to chew on,” she says.

Ruby, like her owner Leeann, is a beloved member of the school community. Leeann White is as role model to the young, deaf children she teaches Photo: Sara Weckerle

“I guess I am a role model and mentor for younger deaf people,” she says. “They look up to me as someone who’s finished high school, university, partied, drives, been married, raised three children, worked, just like anyone else.”

Leeann recognizes that being deaf does make life more difficult.

“Being deaf is hard work and tiring”

“Even though there may be some barriers some days, I don’t let it stop me or get me down for very long,” she says.

“I try to teach them not to have a chip on their shoulder or think the world owes them anything because we only get out of life what we put into it.”

Leeann attributes her successes and happiness in life to her family and the people she surrounds herself with.

“I’m very lucky to have a lot of amazing people in my life and to have parents who gave me the best opportunities they could,” she says.

“Being deaf is hard work and tiring, but (the students) can see I’m a person just like anyone else they know and it’s up to us to show the best of ourselves and make the most of our lives and create our own opportunities.”