Attitudinal Ignorance: How the government is impacting the future of the hearing impaired by: Student Journalist 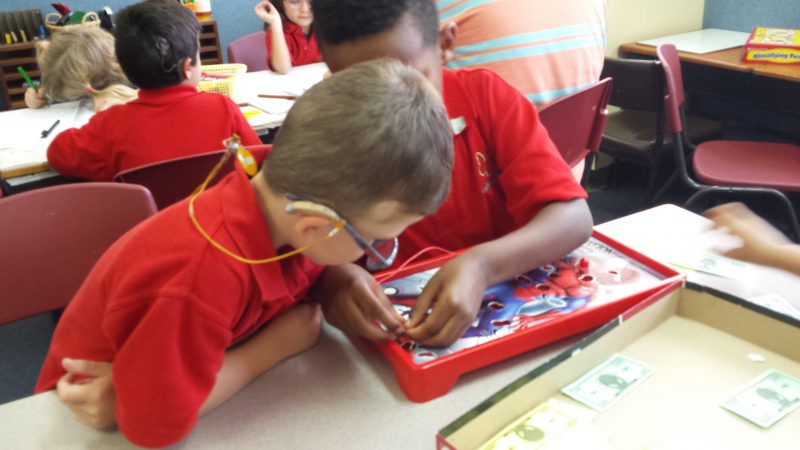 With around 12,000 children and one in six Australians now identifying as having hearing loss, the need for national education for all in Auslan is becoming more urgent.

On average, one Australian child is identified with impaired hearing every day and by school age, two in every 1000 children are diagnosed with hearing loss. While community funded not-for-profit organisations offer support and education for children and their families, schools nationwide are not doing enough to promote inclusivity and equality for students with hearing impairment.

Research by University of Newcastle lecturer David Roy has found that Australian governments are failing children with disabilities by not providing necessary learning support.

“Schools are deliberately disregarding disability standards through rejecting school places, denying the opportunity of access to activities and offering minimal, if any, support to children with disabilities,” Mr Roy said. While the basics of Auslan are online, it is difficult to learn without face to face consultation. Image: Deaf Children Australia

His findings come as a recent study conducted by the Herald Sun found that only four percent of Victorian public schools teach students the national sign language of Auslan. Deaf Children Australia CEO Dean Barton-Smith says more Auslan lessons need to be rolled out across the schooling system to avoid exclusion.

“Often it is the environment or society that heightens the sense of having a disability,” he said. Providing Auslan instruction at schools breaks down the barriers and sense of isolation that many deaf children and young people experience.

“If more of their friends and teachers can use some signs, they will feel more included.”

And while the Australian Curriculum and Assessment Authority released its first national Auslan curriculum last year, finding Auslan classes that are affordable is becoming an increasingly difficult task according to special school practice teacher, Stephanie Fernandez. YouTube is becoming one of the only avenues to learn Auslan. Photo: Sam Muggleton

“It hasn’t been easy. There are barely any YouTube tutorials on Auslan which sucks for those of us who can’t afford Auslan classes,” she said.

Deaf Services Queensland offer a range of community courses for members of the public to become more knowledgable about Auslan. However, with basic classes starting at $185 per person, it is an unreasonable and unrealistic ask for a community based course.

While it’s not alarming that community courses have a price tag attached, the price certainly is. To learn Italian in a community course setting over an eight week period, will only set a student back $110 compared to the $185 fee for an Auslan course. Community courses would not be needed if the Australian Government introduced a greater rollout of signing classes throughout the education system.

Studies have shown that learning sign language (of any form) has as many benefits for hearing children as it does for those who are hearing impaired. Through signing, research is showing that children’s spelling can improve, as well as their small motor skills. It has been found to build better vocabularies in children and their overall communication skills through the understanding of body and emotional language.

One school seeing the benefits of offering Auslan as a class is Toowong State School. Head of Special Education Services Caroline Gamin, believes that through their signing courses and schools co-enrolment model, both deaf children and hearing children have been able to cooperate and work together easily.

“Communicating with people with deafness is important. It provides a bridge to an isolated group in our community and makes for an inclusive environment where the children don’t see people for their disability, but for them as people,” she said.

Toowong State School offers Auslan as a second language course, much the same as Italian or French, with the class becoming one of growing interest.

“Auslan is taught because we have a co-enrolment model – deaf children and hearing children in the same classes,” Ms Gamin said.

“We have a total of 26 deaf children in our school and we provide additional staff with signing skills to each of our four bilingual classes. The eight non-bilingual classes all learn Auslan weekly, and we’ve found that in these classes are siblings of deaf children as well as children of deaf parents who want to communicate better with their family and the children at their school.

“Deafness is considered a linguistic difference, not a disability.” While schools like Toowong State School are paving the way for inclusivity and disability awareness, there is still a long way to go says special school Practice Teacher Stephanie Fernandez.

“The public definitely doesn’t know enough about Auslan! A lot more should be discussed in schools about disabilities,” Ms Fernandez said.

“A lot of kids with hearing impairments or even an intellectual disorder know for a fact that they are different, and it’s heart breaking when they notice people treat them differently. School kids should be taught about disabilities so they can understand.”

Increased government funding would provide materials and staffing to allow adjustments to allow children with hearing impairments to access the curriculum and schools. That funding would also go a long way to supporting staff training so they could provide individually tailored support for all students.

However, the major issue hindering the national rollout of Auslan classes in schools is not one of an economics, but attitude. David Roy argues that “the cultural attitudes towards children with a disability has lead to exclusion. If we fail to recognise all children as learners and having capability, our low expectations will perpetuate attitudes of discrimination and failure.”

It is abundantly clear that Auslan benefits both children with hearing impairments and children with hearing. In a world of opportunity and possibilities, linguistic differences should not separate children and inhibit them from reaching their full potential as a result of attitudinal ignorance.