Let’s change the way we determine quality of life by: Student Journalist 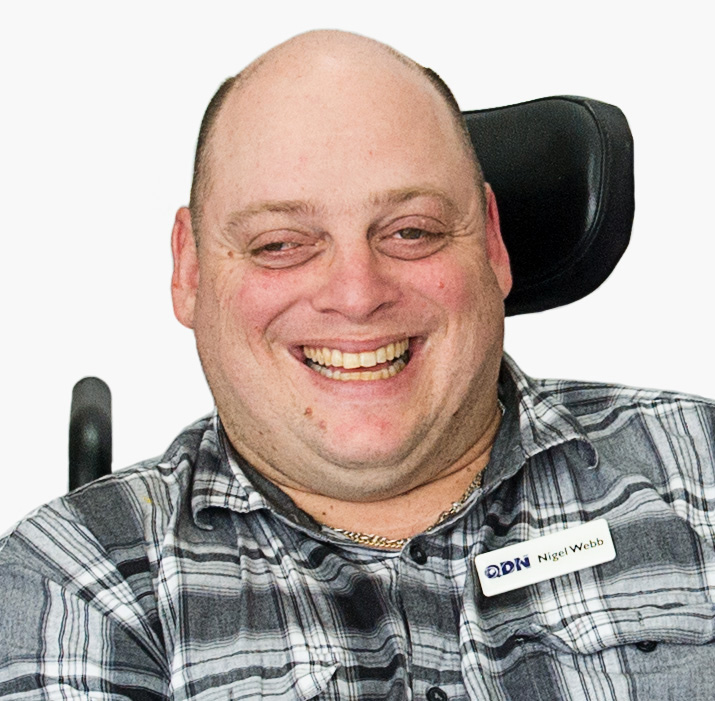 Have you ever thought if you had a disability you wouldn’t want to live?

Nigel Webb was just out of high school when he was confronted with a room full of people who would rather be dead than live with his disability. He was attending a presentation on euthanasia run by the Australian Pensioners and SuperAnnuation League where he sat in a room listening to pensioners voice their desire to terminate their own life if they ever lost the ability to independently use the bathroom. Nigel was born with a spinal injury and requires assistance to use amenities.

“I was only 18 at the time and they literally scared the crap out of me … there was at least three people with obvious disability in that circle out of about 15 people.”

“I stuck up my hand and said I know dozens of people that have assistance to get on and off a toilet everyday but they have no intensions of wanting the system to offer them voluntary euthanasia.”

Mr Webb gets frustrated when people try to define him and his level of independence by his disability.

He says his life is much more than his physical condition, and people shouldn’t make assumptions about his quality of life.

“How many people would be willing to disclose their medical record to the media? … I don’t want people to focus on my diagnosis which is primarily written in Latin 100 years ago,” he said.

Nigel is now 46. He has two jobs that require him to work across the state helping almost 8000 clients.

“I’m neither an object of charity or do I ever intend to be an inspiration,” Mr Webb said.

“I’m a parent of six and eight year old daughters now, I could have an accident on my way home from work today and and their vulnerability would be increased regardless.” “I’ve had people say to myself ‘I don’t know if I’d want to live if I had your disability’ but I have a very good life,” Mr Cocks said.

It’s a question he’s had to ponder on both a personal and professional level. But he said this ignorance is common and unconsciously engrained in our society.

Mr Cocks was 21 when a football accident left him partially paralysed, he’s been in a wheelchair ever since but says it hasn’t stopped him from living his life.

“There’s an element that we need to eradicate impairment in society because it is seen as a burden,” he said.

Mr Cocks thinks society starts to consider someone with a disability as less of a person as soon as the disability is identifiable.

“The only time abortion is legal in Queensland is when the fetus poses risk to the mother’s health or if the fetus has an impairment,” he said. “So we already know that there is a coerce policy that is trying to eradicate impairment from human society.”

But are our laws really where the inequality starts?

“Unless people have personal experience of dealing with someone with a disability, say in their family or friend or work colleague … where they get a more rounded view of a person with a disability then they just fall back on stereotypes,” Mr Varley said. Mr Cocks says playgrounds provide the perfect platform for friendships between children with and without disability to form. Image: Meg Bolton

Do you remember your first interaction with someone with a disability?

Mr Cocks said inclusive schools are the key to ensuring people with and without a disability have the opportunity to interact with one another.

“Children don’t have a lot of bias and if they do they’re not deeply engrained and only carry the bias of their family, but when they meet kids with disabilities in the playground they can break down this bias,” he said.

Bar graph represents the disproportionate gap of people with a disability in the media. Image: Screen Australia

The Attitude Foundation is working to change this by challenging bias, stigmas and stereotypes, all in order to achieve a more accurate representation of people with a disability. Mr Varley explained their biggest challenge at the moment is the media.

Mr Varley says the media tends to focus on visible disabilities because it’s much easier to represent. The Attitude Foundation says the media relies on obvious signs of disability like wheelchairs or braille. Image: Meg Bolton

“You have got to show something that is obvious like someone in a wheelchair but most people with a disability do not have wheelchairs, most blind people don’t use guide dogs or use brail or have a white cane either and most deaf people don’t use sign language but because they’re the obvious signs of disability they tend to get focused on,” Mr Varley said.

He compares the underrepresentation of people with a disability to other civil rights battles in society.

Nigel Webb, who works alongside people with a disability enabling them to live an independent life, says most of his clients just want a fair go.

“As a person with a disability we are looking for the opportunity to have a level playing field just in the same way that women have been arguing for equal pay for the last 60 years,” Mr Webb said. Mr Varley says people with a disability are everywhere but you don’t see that on television. Image: Meg Bolton

“I’m not asking for any more than any other citizen, I’m simply asking for people with a disability, even ones that can’t speak … to be treated equally.”

Nigel Webb explains when people with a disability are represented in the media the focus is on their disability rather than them as a person.

“Lots of journalists will say, can you tell me about your disability and you might give them a string of information and all of a sudden the article becomes about the diagnosis and not about what Nigel is doing in the community,” he said.

Kevin Cocks said warped perceptions of people with a disability can have grave results, particularly in the medical field.

Mr Varley said quality of life should be based on how that person feels, not on society’s perceptions of their disability.

“Isn’t the best way to determine their quality of life to go and ask them?” he said. “We shouldn’t just make assumptions from our own biased perspective. Jfust because it’s not the type of life that you would like to have, doesn’t mean it’s not good quality.”