Touch Football is for everyone, no exceptions by: Student Journalist 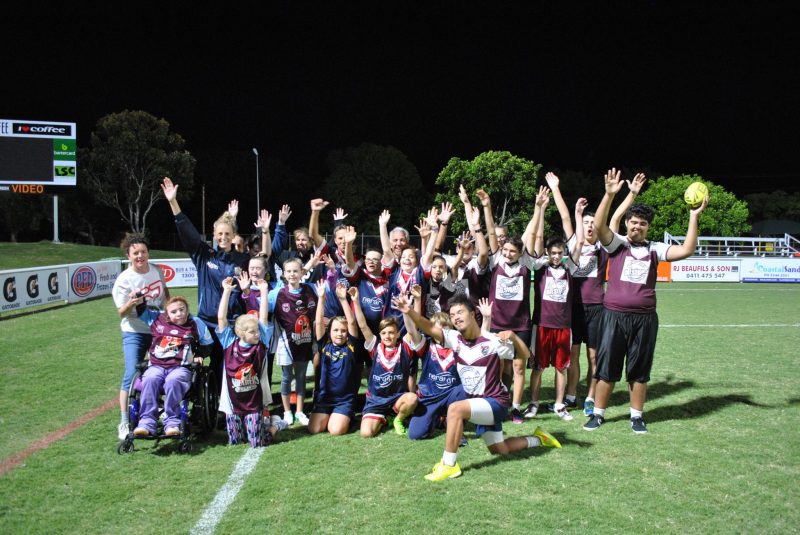 So the Gold Coast Special Education teacher and competitive touch footballer saw a gap in Touch Football participation for children with disabilities, and he did something about it.

This is where the idea for Touch Football Specialised started.

With a blow of the whistle and tap of the ball, the players take to the field.

That’s all it took to get the game, and the players, at full steam ahead.

With the ball in hand and a pure rush of exhilaration, the players eye the try line with the next 10 minute half of footy going to be their most joyous yet.

Six on six players battle it out for supremacy while the spectators scream encouragement from the sidelines. The Gold Coast based organisation created an Australian-first all-abilities Touch Football competition specifically designed to develop and promote sporting activities for those with intellectual disabilities.

The Touch Football Specialised motto is that ‘sport is for everyone, no exceptions’.

Graeme Clancy, founder and coach of Touch Football Specialised, said the objective is to make sure everyone can get involved in footy.

“The team is split with a minimum of two individuals with a classified intellectual disability and the remainder can consist of anyone else wanting to play,” Mr Clancy said.

“We pride ourselves on being able to assist anyone who wants to play to have that opportunity. We modify rules and equipment to ensure that each individual is able to access the program.

“We have created velcro vest and balls to allow athletes who utilise wheelchairs, pacers and have lower gross motor control to be able to engage in the sport with their peers.”

Touch Football Specialised began in 2013, so a variety of people with intellectual impairments can participate in Touch Football, with the rules largely unchanged. 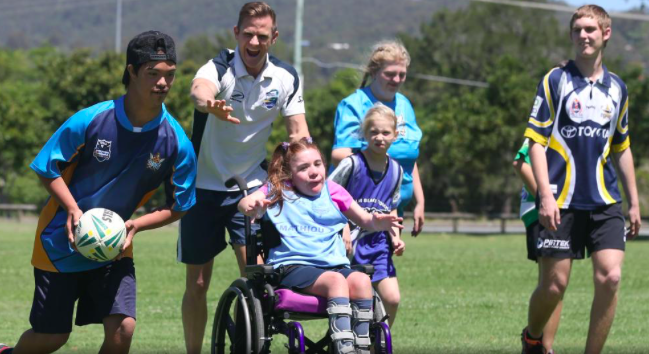 The program has since grown and in April of this year Touch Football Specialised launched its newest All Abilities Series, this time partnering with Burleigh Bears Rugby League Football Club.

“They LOVE feeling part of the club and giving back.”

The non-for-profit organisation is committed to developing relationships between schools, government agencies and sporting organisations so people with intellectual disabilities can participate and socialise. Touch Football Specialised is continuing to expand its presence around the country,  recently hosting the Battle of the Border and State of Origin series, coordinating several different groups around Queensland and New South Wales.

In September, athletes participated in a Trans-Tasman series along with the Master teams on the Sunshine Coast. This was a great opportunity to showcase the program to New Zealand Touch Football. “We are continually growing and have recently created partnerships with Sport Inclusion Australia and Touch Football Australia which will see the program be delivered nation-wide,” Mr Clancy said.

This is something the organisation and its partners, Sport Inclusion Australia and Touch Football Australia pride themselves on.

“The response has just been so fantastic and to have so many partners now on board is something pretty special,” Mr Clancy said.

“Redlands Rugby League Football Club have just gone above and beyond with their support for the organisation by donating a bulk number of jerseys.” Touch Football Specialised  has gained the support of various Touch Football and Rugby League Clubs including the Gold Coast Titans.

The partnership extension between Queensland Touch Football and the Gold Coast Titans was announced earlier in the year to include its support for Touch Football Specialised.

“Touch Football Specialised is a great program that demonstrates the power of sport in helping to address so many issues confronting society,” Mr Annesley said.

“The Rugby League and Touch Football partnership is all about inclusiveness and participation regardless of ability. The Titans are proud to be associated with such a valuable community program from which participants derive so much enjoyment.”

This partnership produced many opportunities for Touch Football Specialised players, including the organisation being invited and recognised at the Gold Coast Titans Community Awards night in September.

Awards were presented to Candice and Jordan for winning the Female and Male Titans Touch Football Specialised player of the year, for their contribution to the program.

“It was such a special night for everyone and this club does so much for us,” Mr Clancy said.

“I am extremely proud to be associated with such an amazing organisation.”

The Touch Football Specialised competition registration at Burleigh is now open and no experience is required. Players take the field every Wednesday evening during the football season from 5:45pm – 6:30pm.

If you want to play register now. 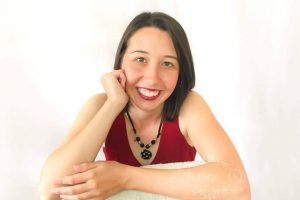 Identify the individual, not their Asperger’s

When a person is diagnosed with Autism, or Asperger’s it becomes difficult for them to […]