The School of the Road – Families that play together, stay together by: Student Journalist 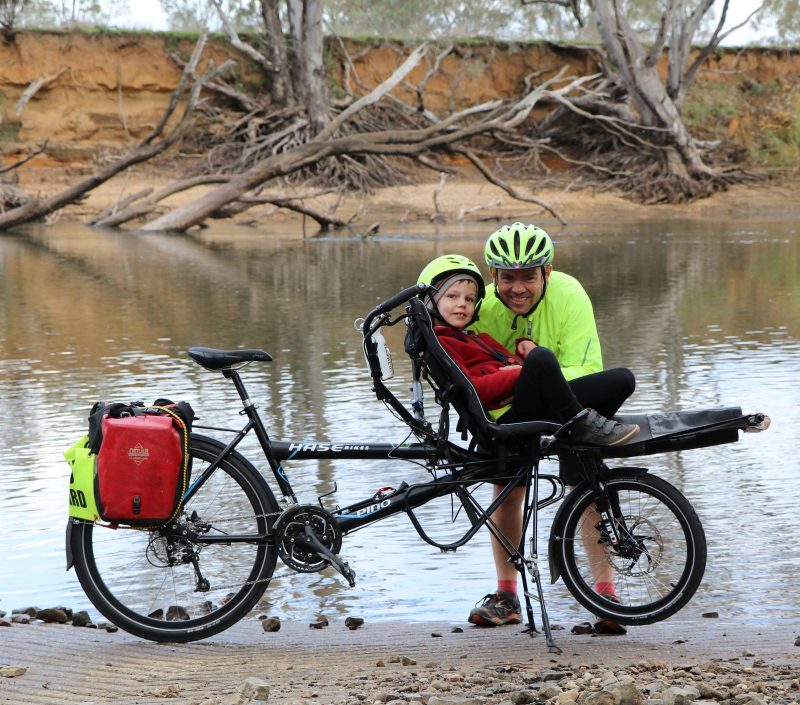 Patch and Trav at the Murray River Photo: School of the Road

When you think about Autism as a disability, you may immediately leap to some of the stereotypes associated with the condition. However it’s almost certain that when you think of Autism you don’t think of a whole family packing up, and taking a bike ride across America. You don’t think of a victorious ride into Washington DC, after countless miles, to a bunch of supporters waiting to welcome you to the end of your journey. But this is exactly what Travis Saunders and Fiona Churchman did, when they started a project called School of the Road and decided to travel across America on pushbikes with Patrick, their non-verbal autistic child who has complex needs.

“We had rough times, we had rough patches, but we had incredible moments and incredible opportunities that he never would have received if we were back home doing the same traditional therapy that we were doing,” Travis said.

Autism is a condition that affects how an individual relates to a situation or the people around them. Often people with autism struggle with communication, social interaction and show repetitive behaviors. It’s actually a spectrum that includes a wide range of symptoms, and no two people with autism present the same way.

After enduring years of intensive therapy for Patrick, Travis and Fiona noticed the strict routine they had established to help their son was causing problems in their relationship with each other, and they also noticed the impact it was having him. They decided to make a massive change to save their son and their family, and the idea for School of the Road was born.

When the family attended a disability sailing event, Travis took notice of a young man with a disability who was sailing with his father.

“We actually met a young guy who was in his mid 20’s at a disability sailing event and he got out of the boat one day and started chatting with his Dad and I saw this beautiful relationship between the two of them,” Travis said. “He wandered over to me and said, ‘Dad says there’s nothing we can’t do’.”

Observing the deep-seated connection between the father and son made a lasting impression on Travis and motivated him to start making changes in their personal lives. During the trip, Trav, Fiona and Patch had to take a a few rest days when they got ill. Photo: Fiona Churchman

“I went away and I took hold of those words and they rang true to me in the sense that I had a great relationship with my son, but as a result of doing many many years of therapy we had lost sight of what was really important in life,” he said.

After finding sponsorship for bicycles and organising the logistics, Travis, Fiona and Patrick flew to Washington State to begin a 5600 kilometre long bicycle ride to Washington DC that they hoped would show Patrick what he was capable of.

“We need to start to give our son an opportunity for self-belief, we need to give him a community, so we need to build this big autism support group for him and around us as a family, and him as an individual,” Travis said.

While on the road in America, the family says they met some of the most amazing people, made lifelong friends and encountered some incredible generosity on the side of the road. You may wonder how a family struggling decided to pack up their lives as they knew it and take off an adventure across an unfamiliar country, but Fiona and Travis had noticed that Patrick (sometimes called Patch), unlike other autistic children, thrived on change rather than shy away from it.

Travis recounts that when Patrick was younger he was very verbal and could speak thousands of words, but something happened which changed that for Patrick. Nobody in Patrick’s life is sure of what was the catalyst for that change. Debra Webb, a disability support worker from the Sunshine Coast, says she admires what Travis and Fiona have done and the changes they have made in their life to support Patch.

Ms Webb has experience working with people with Autism of all ages and understands how taxing intensive autism therapies can be on someone’s mental state and aspects of their personality.

“When you think of autism therapies like ABA (Applied Behaviour Analysis), the average person doesn’t understand how hard they can be,” Ms Webb said.

“Having to endure training sessions that basically drill, I mean that literally, drill words, numbers and actions into a child’s long term memory. Sometimes this can take hours, and it can be very intense for a child with complex needs.”

Travis and Fiona wanted to show Patrick, that anything was possible. They wanted to show him that adversity builds strength of character and that his life could be anything he wants to make it. They wanted him to understand that he has a large and active community who are willing to support him and they want him to have confidence in his life and what he can achieve.

The founding principles for their project are presumptions of competence, self-belief, community and connection. They hope this will change how the rest of society considers autism. They want to empower not only people on the autism spectrum, but all people with a disability. They want to build what they call a global autism support network and inform the wider public about the importance of what they term `a presumption of confidence’. A quick stop on the road across America. Photo: School of the Road

It is certain that while undertaking such a large expedition a family facing some of these circumstances would have faced or encountered adversity. But if you ask Travis about the negative experiences of their trip, or ask him about some of the difficulties they face in their daily life, he redirects the conversation towards the positive aspects instead.

He is conscious of the pressure he faces being the voice of his child, because Patch struggles to speak. But Travis is constantly aware of how he represents his son.

“I do tell part of his story, I certainly don’t tell the whole story and I never will,” he said. “There are things I don’t believe we should ever be talking about when it comes to our child and that relates to his sleeping patterns, toileting, dressing and all those private type of issues.”

Travis says they made the mistake of talking about the progression of therapy in front of Patrick before they understood the impact that was having on his belief in himself, and they won’t make that mistake again because it’s not helpful to their core principles of self-belief and the presumption of confidence.

“For years, he (Patrick) had people having conversations about him when it came to therapy and he overheard that and that’s something that we put a squash on now, no therapist will ever talk about therapy in front of Patrick again,” Travis said.

“If your child hasn’t got the ability to express those needs and you are talking about the negative aspects of their life, it’s not a great thing to empower them.”

School of the Road is now in the planning stages of organising a 900km bicycle trip on the outback Mawson trail from the Flinders Ranges to Adelaide. This time they are hoping to have the support of a full documentary team including a director, a cameraman, sound recordist and production assistant that will record and document their trip. Sam Austin – The Director of the School of the Road documentary and short trailer Photo: Sam Austin

Sam Austin, the director of the School of the Road documentary now in production, says that when he met Travis at their local dog park, he knew straight away it was a project he wanted to be involved in.

“Everything about what they were doing, and their approach to life really resonated with me and was something I certainly wanted to be a part of and believed in and make a really cool film about their journey,” Sam said.

For Sam, the documentary is about empowering people on the Autism spectrum and involving the wider community.

“It’s as simple as we want to be able to get others in the community and empower others in the wider community to embrace autism and build that autism support network,” Sam said. “It doesn’t matter how big or small, they should get involved in others’ lives so that there is a wide support network, so it’s not reliant on one or two carers, but the individuals can instead interact with a whole range of people. That’s part of what we are really trying to do.”

Sam says how he represents Patrick, Travis and Fiona will be a massive focus for him in the post production stage of the documentary.

“I’ve got to think about the language in the way that he is portrayed,” Sam said. “I have to imagine what it would be like for him to be watching this and taking it all in and presuming competence whilst I put or attempt to put myself in his shoes.”

School of the Road is running a Kick Starter campaign to raise finances to produce a full-length documentary where they explore the concepts of success, community, connection and competency. School of the Road would like to also produce a short educational video that would be a free download educating people on the same principles as their documentary and would be accessible for schools, organisations and workplaces.

You can visit the School of the Road website by clinking on the link and you can visit their Kickstarter page to help them reach their goal of fully funding their education documentary and short film. 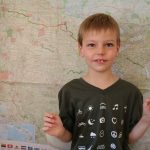 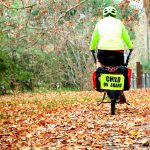 Testing the ride. Photo: School of the Road 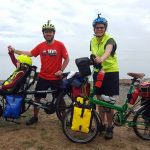 First Day of the Trip Photo: School of the Road 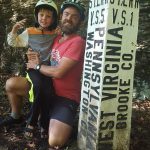 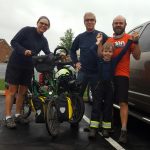 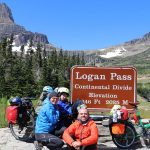 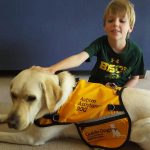 Trav and Patch Photo: School of the Road 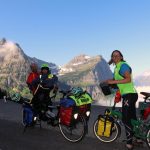 Photo: School of the Road

Autism, School of the Road