Nothing About Us Without Us: Our Democratic Deficit by: Student Journalist 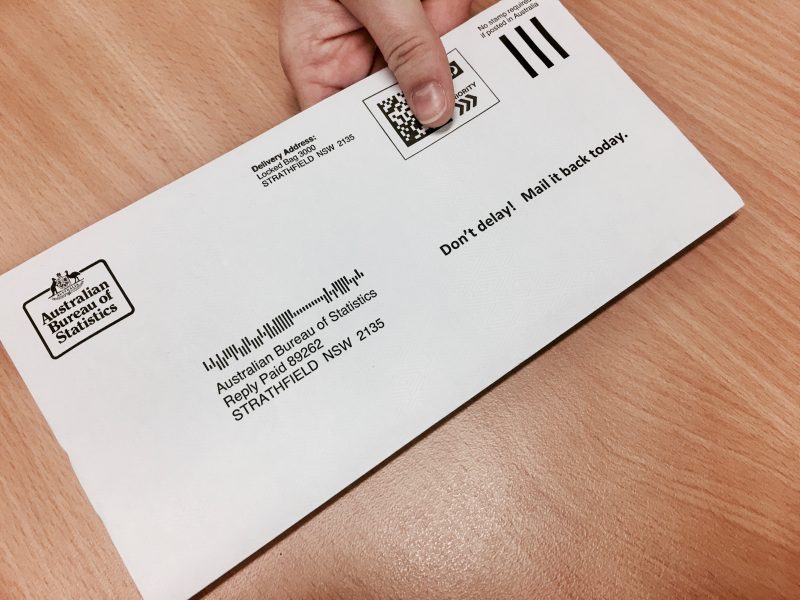 Vision Australia worked closely with the ABS for all citizens to participate in the SSM survey. Photo: M Cruickshank

*listen to podcast of interview below

Graeme Innes hasn’t had the right to a secret or independent vote, for the majority of his adult life.

This is despite the fact he is an Australian citizen, a responsible, loving father and husband, a company director, a lawyer, community advocate, cricket-lover, tax-payer, and a Member of the Order of Australia. He is a supporter of our great liberal democracy, and places significance upon the relationship between the executive, the legislative and the individual. So, Graeme’s exclusion from this process seems pretty odd, to say the least. The right to vote in secret has been a cornerstone of the democratic process in this country since Federation, 116 years ago. But it’s not a right that Graeme shares.

He also highlights the harm that exclusion from casting your vote in secret causes.

“What it does is reinforce negative and limiting attitudes about that group of people, so it just confirms society’s view that we are less important or less effective than the general population,” Graeme says.

“It’s damaging to the people themselves… if we’re given less value as citizens, then that devaluing and marginalisation has a negative impact.”

While he was born blind, Graeme wasn’t raised as a blind child, or a child with disability. His parents, whom he speaks of fondly, treated him no differently to his siblings.

Graeme Innes was Australia’s Disability Discrimination Commissioner, from 2005 to 2014. It’s hard to comprehend how a man of his calibre, hasn’t been afforded the same voting rights that most of us take for granted. Graeme Innes has been a human rights speaker for 30 years in both NSW and WA. Photo: Graeme Innes

But because the Australian electoral process does not always offer paperless options for blind and vision impaired citizens, Graeme has to tell someone who he wants to vote for, transgressing his human and civic right to an anonymous, independent vote.

And he is not alone. It is not uncommon for blind or vision impaired citizens, as multiple submissions made by Blind Citizens Australia to the Electoral Commission can attest to. It diminishes an adult’s dignity to have to ask a parent, partner, community member or even a stranger to assist them with their vote. Let alone not being able to ascertain if the person you’ve entrusted such a private matter with, has followed your wishes.

But the difficulties in taking part in Australia’s democratic process are not just limited to those who are blind or vision impaired. Few voters with physical or intellectual disabilities are guaranteed a pathway that ensures the required support to take part in the electoral process.

Barriers to voting with a physical disability include logistical issues such as not providing transport to a polling venue, not ensuring access to the polling booth, or the provision of support persons to navigate a new environment. It could also mean providing audio guides or braille ballot papers at polling stations – neither of which are currently offered.

While Graeme can now vote in federal elections electronically by registering for a six digit number to use in combination with a pin, his voting is still assisted and he has to speak his preferences, compromising his privacy. While this option is an improvement, it’s still not an independent nor private ballot. Something that could be achieved by the voter using their keypad, instead of having to vocalise their preferences. The main reasons for not providing an option for online voting generally revolve around concerns for security. However, Graeme refutes this.

“When you consider the security issues that we had in the federal election before last when a box of ballot papers was lost in Western Australia, you know, no system is perfect so an electronic system is not going to be any more perfect than a paper system but at least it doesn’t exclude people,” he says.

Looking at our political history, few representatives in parliamentary life have openly identified themselves as disabled, and this absence has an impact upon the public domain. This is despite the fact that many with a disability have both the desire, coupled with a sense of duty, to participate in our democracy. This is a stunning revelation when just under 1 in 5 Australians, or 4 million persons, lives with a disability. However South Australian Upper House MP for the Dignity Party Kelly Vincent, who was elected to the Legislative Council in 2010, is one of many working to smash these barriers.

Kelly is the youngest woman to ever be elected to parliament and the first to be elected on a platform of disability rights, something she’s passionate about. Kelly says perceptions of those with a disability are built up over time, so reflective representation in our public spheres is important.

“I think having more people with all kinds of disabilities in various roles helps to break down misconceptions about what we can and can’t do,” she says. “It also helps people not to see us as a homogenous group… It’s really important that people see how varied our skills and interests are so they don’t pigeonhole us.”

Kelly was out shopping for her groceries, during the last Paralympics, when a man approached her and blurted out “why aren’t you out there winning medals?”

“It was like he didn’t see me as the “right kind of disabled’,” Kelly says. “As if no matter what else I’ve achieved in my life, I don’t fit in this box that non-disabled people seem to have assigned to us.”

For those with an intellectual disability, accessing the electoral process can be more complicated, with the classification of a minimum IQ of 70 needed to be considered of a ‘sound mind’ to take part in the voting process.

“For lots of people in the population, whether they have an intellectual disability or not, how they make their decision who they vote for is questionable,” Ms Tree says.

“There are assumptions that are made… that aren’t made about the rest of the population in terms of their voting behaviour and we think that’s unfair, that it’s discrimination.” A quote from Despott & Hirsch in their article for Right Now. Photo: Marnie Cruickshank

Nathan Despott, manager at Inclusion DesignLab in Melbourne, is also working hard to challenge those assumptions about what people with an intellectual disability are capable of.

In 2016, Nathan applied for, and won, a scholarship from the Victorian government to travel around the world to sites of best practice for people with an intellectual disability to learn about electoral processes.

“There are some amazing practices in place in… Canada, the UK and Sweden, where people with an intellectual disability were being coached…and support-practice was being implemented in the disability support space to teach people to learn how to vote; to do it without being coerced and to really understand the issues they were voting for,” he says.

Nathan wrote a report for the Victorian Electoral Commission, who have now funded a research project between Inclusion Melbourne and LaTrobe University, working on an inclusive voting campaign in time for next year’s state election.

However, Nathan says it’s a bigger issue than just getting people with a disability participate at the ballot box – that being able to vote is also vital to their independence and participation in society.

“The great thing is examining which practices can be used to support people with intellectual disabilities not just to learn about voting and politics, but also to learn that they have agency, and they have rights,” Nathan says.

“Like, knowing they’re allowed to ask their support worker to turn the hot water down in the shower, for example, if they’re too hot. Really simple things that people with an intellectual disability have often not exercised choice over.

“So, its connecting that micro-level choice into social choice, social identity, being a citizen, having rights, and then that with politics, and the fact that you can make a change.”