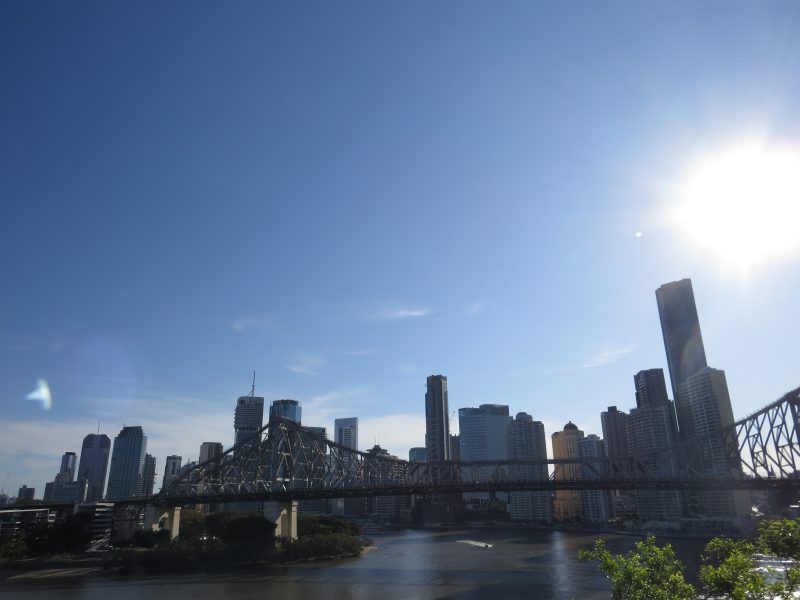 Brisbane has the largest percentage of taxis that are wheelchair accessible, while Uber largely disregards people in wheelchairs. Photo: Jackson Paine

For much of the Australian public, the inception of Uber has been a revolutionary and welcome addition to the nation’s transport network.

The car ride-sharing service, which launched in Australia in October 2012, has shot to favouritism with Australians, leaving the taxi industry in its dust.

The company has established superiority over taxis largely for the lower costs that it provides customers. Uber is growing in its presence around the nation. Photo: Jackson Paine

Yet the benefits and positivity surrounding Uber do not extend as far as many may have thought.

Kevin Cocks is the Commissioner for the Anti-Discrimination Commission Queensland (ADCQ) and uses a wheelchair himself.

Mr Cocks harbours great fears over the impact that Uber could have on the disabled community over the course of the next decade.

He says that Uber has largely disregarded people in wheelchairs, who are excluded from the company’s services due to inaccessibility.

Mr Cocks’ greatest concern is the effect Uber is having on the taxi industry, joining many experts in the projection that Uber could push taxis into extinction within the next ten years.

“In Australia, with the way Uber is infiltrating our country, and governments not quite sure how to act or react, the worry is the life of the traditional taxi service,” Mr Cocks said.

“The lifespan for a wheelchair accessible taxi is six to eight years, because there are fairly high standards of road worthiness with all the miles they do. Kevin Cocks says the future of the traditional maxi-taxi is in question on the back of the rise of Uber. Photo: Jackson Paine

“So, with the way the industry is tracking, we could be without these taxis within the next six to eight years.”

Mr Cocks says he is fortunate that he, personally, has a simple alternative, with a bus stop at the end of his street that takes him directly to work.

“Fortunately, I don’t totally rely on car transport as much as I used to with of all of the buses, because Brisbane now has all of their buses accessible (for wheelchairs),” he said.

“But for some people taxis are their only form of transport.”

In his position as Commissioner of the ADCQ, a title he has held for nearly seven years, Mr Cocks is cognisant of the concerns that disabled Queenslanders have for the future of their transport availability.

Of all the capital cities in Australia, Brisbane boasts the largest percentage of taxis that are accessible, with 19% of the maxi-taxi regime open to wheelchairs.

But Mr Cocks says even his own personal enquiry made to Uber on this issue has fallen on deaf ears.

“Last year I was at a National Consumer ACCC Conference and the CEO of Uber Australia was there on a panel,” he said.

“I and the CEO of the Counsel for the Ageing questioned him on a number of things and his solution was that they’re working with disability service providers because they have vans and they don’t use them all the time.

“So, he explained Uber was trying to talk them into allowing the families of wheelchair using people to use these vans as Uber drivers when they were available.”

It’s fair to say this response angered the ADCQ Commissioner.

“I think his response showed no understanding that they might actually be a primary carer, so it’s going to be quite hard to also be a taxi driver,” Mr Cocks said, with visible frustration.

In the US, Uber’s New York City Division are currently facing a class-action lawsuit accusing the company of discrimination against its disabled customers.

A spokesperson for the NYC Disability Rights Advocate says that the city’s UberWAV regime (Uber’s wheelchair accessible offering) makes up only 0.1% of the company’s 58,000 vehicle fleet in the city. In Australia, Uber is currently trialling the country’s first look at the UberWAV concept in Newcastle, New South Wales.

Mr Triolo says that Uber is striving to satisfy the wheelchair-using segment of the disabled community as much as the deaf community have grown to appreciate the company.

Uber is highly supportive of the deaf community, providing employment opportunities as well as a connection platform that makes booking a ride easier than it has ever been for deaf commuters.

Mr Triolo says this is something that he is personally very proud of helping to build.

“We want to help eliminate barriers whenever possible to ensure equal access to flexible earning opportunities afforded by driving or delivering on the Uber platform,” Mr Triolo said. Brett Casey says Uber has revolutionised his way of travel, with the reliance on his interpreter lessened. Photo: Jackson Paine

Brett Casey is the CEO of Deaf Services Queensland and he is deaf himself.

“With the traditional taxi service, I still have to call them to make a booking, which I can manage with because of my interpreter, but Uber provides a much better system,” Mr Casey said.

“Whereas with Uber, I can tell them where I’m going, I can see how much it is going to cost me before I get in the car and I don’t need to communicate with the driver.

“I can just give them a nod and then I just get the digital receipt at the end.”

Multiple sources within the taxi industry were contacted for their opinion on this matter, but were unavailable for comment.

Mr Casey says that Uber’s efforts to cater for the deaf community were also highly valued by deaf people throughout the country. “I think another reason Uber appeals to the deaf community is that deaf people are now being able to be Uber drivers because the system is so accessible for us in that way,” Mr Casey said.

“So, it works for us both as a consumer and then as well as an employee of Uber.

“I look upon Uber very favourably.”

Although, MR Casey is very understanding of the opinions on the other side of the fence.

A friend of Kevin Cocks, he empathises with the wheelchair-user community for the fact that Uber has not yet established itself in that domain.

“It is a common thing within the disability community to say, ‘I am not disabled, but society makes me disabled’ in matters such as these,” Mr Casey said.

“I think if businesses like Uber look deeply into circumstances such as these, there are opportunities rather than barriers.

“I think we would go much further in life, in much shorter time, if that were the case.”